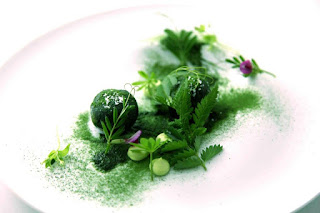 With more than 1000 “likes” on our facebook page, a fully booked New Nordic Food Workshop, Master Class and sold-out dinners at several of the participating restaurants, next week promises to strengthen the awareness of New Nordic Food here in Japan.

The 5 Nordic chefs; Thorsten Schmidt (DK), Antto Melasniemi (FI), Hákon Már Örvarsson (IS), Geir Skei (NO) and Malin Söderström (SE) are now all packing their bags and sharpening their knives before they land in Tokyo early next week.  During a three day fully packed program, they will be showing Japan what New Nordic Food is all about. Friday the 19th of October, each chef has been paired with a Japanese chef and restaurant, where they for night only will create a special Nordic/Japanese menu. Several of the restaurants have already sold out, and the waiting lists for these very special dinners just keep growing.

The idea for the project started several years ago, and was inspired by the keen interest in New  Nordic Food from Japan’s many food magazines. The Nordic Embassies in Japan wanted to give more Japanese a change to experience New Nordic Food up close, and so the idea to bring 5 Nordic Star Chefs to Japan was born.

Right now, the five Nordic embassies in Tokyo are busy with the final details for next week’s program but considering the interest the project has received so far, we know that we can  look forward to a fun an busy week with some of the best chefs Denmark, Finland, Iceland, Norway, Sweden and, not least, Japan has to offer!

If you are lucky enough to be in Japan on Friday the 19th, dinner is served at the following five restaurants: